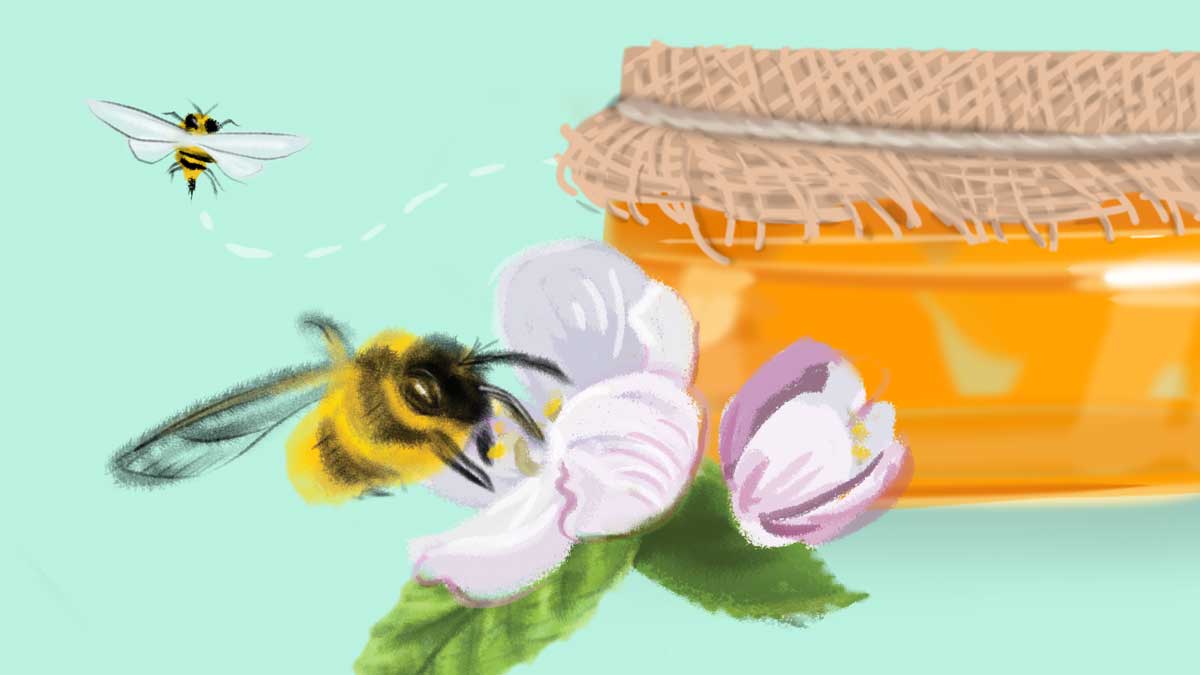 While collecting nectar, one bee will fly about 90,000 miles – almost three times around the globe – to make one pound of honey.

A bee must collect nectar from about 2 million flowers to make 1 pound of honey.