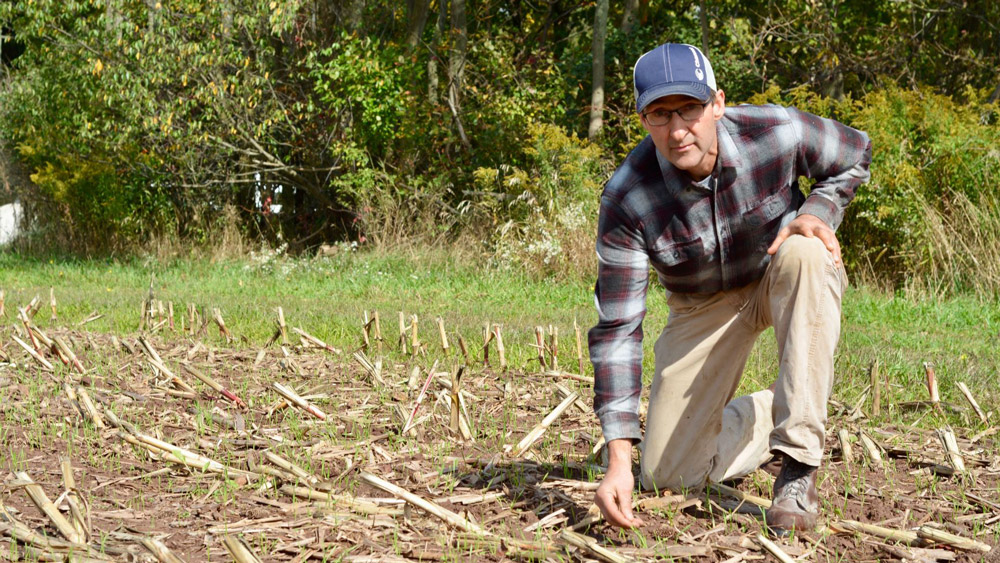 Dean Jackson’s love for the land is in his blood.

His grandfather, Scott Jackson, turned down an offer to play for the then-Brooklyn Dodgers to start his Bradford County farm in 1929. He saw an opportunity through farming to protect the land and its natural resources, taking steps to protect the soil from erosion, increase vegetation and preserve wildlife habitat. His passion for conservation lived on in Dean’s father, Ben Jackson, who passed it on to Dean.

Dean and his wife Rebecca, who own Mt-Glen Farms near Columbia Cross Roads and operate it along with their three children, are the 2019 recipients of the prestigious Leopold Conservation Award. They were recognized at the 2020 Farm Show in January.

Presented by the Sand County Foundation, the nation’s leading voice for conservation of private land, the honor recognizes landowners who inspire others with their dedication to land, water and wildlife management on private, working land. The $10,000 award is presented to landowners in 13 states each year and was offered in Pennsylvania for the first time last year in partnership with Pennsylvania Farm Bureau and Heinz Endowments.

Building on the conservation efforts of his father and grandfather, Dean Jackson has made protecting the environment part of the central mission of his dairy farm. Through numerous efforts, he has sought to farm in a way that mimics nature.

He made investments in properly managing manure to prevent nutrients from running off into local waterways and planted tree buffers to provide habitat for wildlife and prevent nutrients from polluting streams. Just last spring, 2,000 tree seedlings were planted on the farm. He uses strategies such as rotational grazing and a no-till system for planting crops to improve soil health. The farm’s fields are surrounded by grass buffers to prevent erosion and rye grass is planted amid corn and soybean fields to improve soil health, prevent erosion and naturally control weeds.

In the 1990’s, Jackson went above and beyond what is required by state regulations and adopted a nutrient management plan for the farm. A solar array on the machinery shed roof powers two-thirds of the farm’s energy needs.

“We’re here for just a blip on this earth,” Dean Jackson said. “We have a short period of time to make a difference and that’s why we have to be on the ball and do all we can to conserve our natural resources.”

Watch for a in-depth profile of the Jacksons and their farm in a future issue of Positively Pennsylvania.