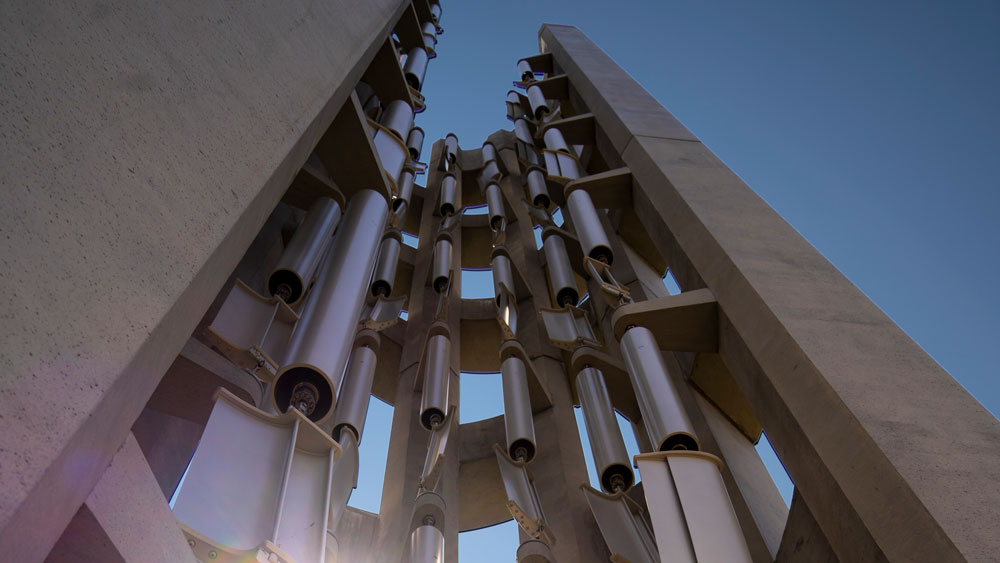 Twenty years after Flight 93 crashed in rural Somerset County during the Sept. 11 attacks, the community and memorial remain dedicated to honoring the heroes.

Not much has changed over the past 20 years in the hills and valleys of east-central Somerset County. And yet everything has.

The region remains primarily focused on agriculture and coal mining. The small towns of Shanksville, Stoystown, Indian Lake and Friedens remain tight-knit and rural—the kind of places where people know their neighbors and communities band together when needed.

But the community was forever altered on Sept. 11, 2001, when it became the final resting place of the 40 passengers and crew aboard United Airlines Flight 93 who lost their lives while likely saving hundreds of others.

Today, a solemn memorial marks the site where the plane—hijacked by terrorists as part of the Sept. 11 attack that also struck the World Trade Center and Pentagon—careened into the ground as resisting passengers and crew fought to take control. Nearly 400,000 visitors come to the site annually to honor the victims and learn their story. Along with the Gettysburg National Cemetery, it’s considered among the most hallowed ground in Pennsylvania.

“It’s amazing because it’s simple Somerset County,” said Nila Cogan, a farmer and Lutheran pastor from Friedens, a village just miles from the crash site. “We never expected to be a worldwide site to pilgrimage to.”

Along with being unexpectedly thrust into the spotlight came a shared sense of responsibility among the neighbors of the crash site to be caretakers of the story. In the 20 years since Sept. 11, community members have played an important role in memorializing the events of the day and those who died. It started as a makeshift memorial set up along a patch of chain-link fence near the crash site, and later the site morphed into a formal, national memorial managed by the National Park Service.

“Community members took ownership of the space,” said Donna Gibson, president of the Friends of Flight 93, a nonprofit group that supports the memorial through fundraising, education and special projects. “It was community members who came out here and manned the site so when visitors came here, they could tell them the story of what happened that day. What they’re most proud of is that they’re here to keep the story of these 40 individuals alive.”

“There’s a sense of reverence,” said Larry Cogan, Nila’s husband. “I’m kind of grateful and happy that the community hasn’t commercialized the event.”

The Cogans were filling orders in their greenhouse and flower shop the morning of Sept. 11.

She had heard on the radio the news that the World Trade Center towers had been hit and switched over to the TV to watched the coverage as she worked. As she was preparing to take her daughter, then in sixth grade, to a doctor’s appointment, reports came that the Pentagon had been struck. It wasn’t until they left the house that they began to see signs that something was amiss nearby.

“As we pulled out of the driveway, we saw this plume of smoke,” Nila said.

Then came the sirens and the rush of emergency vehicles towards the smoke; then the news that a plane had crashed nearby off Lambertsville Road. She called Larry from the doctor’s office as he prepared to head out to the field where the fall mums were growing.

“I was kind of in disbelief that a local occurrence could be connected,” Larry said. “Then I stepped out of the house and I saw the column of smoke.”

In the days that followed, the usually quiet community became a continuous traffic jam as investigators and reporters rushed into the area. Wally Miller, Somerset County coroner and a friend of the Cogans, would stop by the Cogans’ flower shop as he brought the families of the passengers and crew one by one to the crash site. The Cogans invited the families to pick out flowers free of charge to bring to the site in honor of their loved ones.

A year later, when then-President George W. Bush visited the site to meet with the families, Nila was asked to come spruce up the White House’s wreath and fix
any damage that occurred in transit. Larry, who was feeling under the weather and stayed home, turned on the TV just in time to see Nila chatting with then-National Security Advisor Condoleezza Rice.

For the Cogans—and many others in the community—it didn’t feel like it was 40 strangers who had lost their lives. The families’ grief became the community’s as well.

“It startled me,” Nila Cogan said. “When I drove by the crash site for the first time, tears rolled down my face.”

Everything about the Flight 93 National Memorial is designed to encourage visitors to think and reflect.

The park’s newest feature—the Tower of Voices, which was completed last year welcomes—visitors with a sobering reminder of the reason for the memorial. Jutting a symbolic 93 feet into the sky, the gray tower stands in stark contrast to the surrounding landscape. A massive, musical instrument, the tower honors the passengers and crew of Flight 93 through sound. Forty wind chimes each ring with a different tone representing each of the victims—unique voices working in unison. It’s a theme repeated throughout the memorial, especially at the Wall of Names at Memorial Plaza near the crash site. The names of each of the passengers and crew members are etched into individual slabs of white marble placed one after the other as if to form a continuous wall—individuals, yet joined together.

The intent, Gibson said, is to continue to keep alive the memory and stories of the people aboard Flight 93, especially as more and more of the population is too young to remember (or even have been alive for) the events of the day. The memorial is also a monument to the heroism of everyday people, whose decision to fight back against the hijackers stopped the plane from reaching its intended target and claiming more lives. Officials believe the terrorists planned to strike the U.S. Capitol or potentially the White House.

“Everybody sees the names scroll on television,” Gibson said. “But here, we tell the story of those people. One of the things that we want people to reflect on after they’ve been here is: If you were in the same situation, would you have done the same thing?”

Past the tower, visitors can follow the flight path of the plane onto a pier overlooking Memorial Plaza and, beyond it, the crash site marked with a simple boulder. At the top of the ridge is also the Visitor Center, which tells the story of Flight 93 and the people on board through interactive exhibits. There visitors put themselves into the shoes of the passengers and crew as they listen to recordings from phone calls and the flight and learn in detail about the events of that morning.

Visitors can drive from the Visitor Center to Memorial Plaza but Gibson recommends the walking trail for those who are able. The trail, which meanders down the ridge and across a wetland, is designed with the intent of giving visitors an opportunity to decompress, reflect, and process what they learned during the emotionally rattling trip through the Visitor Center exhibits.

At Memorial Plaza, visitors can pay their respects and see the Wall of Names. The debris field around the impact point is separated from the plaza by a slate wall. Families of the passengers and crew may access the area at any time but the sacred ground is closed off to the public. Black granite along the Wall of Names shows the flight path. At the end of the path, the wooden Ceremonial Gate, which opens only during remembrance events on Sept. 11, leads to the boulder marking the crash site.

But the stone and metal and glass are only a part of the memorial. As the site has developed over the past two decades, volunteers have worked diligently to restore the natural beauty of the land, which was a reclaimed strip mine. For a monument that’s focused on memorializing a tragic loss, it also emphasizes celebrating life.

“As America healed, we wanted to heal the land,” Gibson said. “The architect had this vision for a living memorial.”

As the land was reclaimed, diverse, native wildflowers began to spring up and add natural beauty. The friends group works with a local beekeeper to maintain several bee hives that encourage pollinators to help restore the natural systems and habitat. The site is home to more than half a million bees across 63 different species. Honey from the hives is sold to benefit the continued education and environmental restoration efforts.

As native plants have returned to the land, so too has wildlife. The memorial grounds are home to at least 84 different bird species. The friends group and its small army of volunteers plant thousands of trees a year in memorial groves throughout the grounds.

That’s how Gibson got involved. A bank executive from Pittsburgh, she signed her new team at work up for a volunteer tree-planting day as a team-building exercise and felt an immediate connection. Now living close to the site, she helps with everything from leading the educational and support efforts to talking with visitors about the story of Flight 93.

She recommends that visitors read up on the memorial and the story of Flight 93 before arriving so they’re prepared to appreciate the experience. And she said, it’s important to budget enough time.

“If you really want to experience this memorial, you should give yourself at least two hours to really take it in,” Gibson said.

The Cogans have retired from the greenhouse and florist business and bought a small farm nearby where they raise sheep and a small handful of hogs. Larry, raised on a pig farm, and Nila, who grew up in a dairy family, both hoped to return to working with animals.

They’re planning to build a farmhouse to make the site their new home.
“I have not grasped the concept of retirement yet,” Larry Cogan jokes as he lets the sheep out into the pasture. “If I can farm until my last day on earth, I think I’ll be a happy guy.”

It’s an unseasonably cool morning for early August as Larry takes care of morning chores before heading out to a Farm Bureau event (he and Nila are both longtime leaders in the organization and Larry’s a former staff member). Nila’s in Corpus Christi, Texas on church business.

The new farm is slightly closer to the crash site and from the high point of the pasture, the Tower of Voices can be seen rising clearly over the horizon. Larry’s been to the memorial several times. It’s beautiful, he said, but he also found the makeshift one that came together around a segment of chain link fence every bit as powerful. To him, both are reminders of how his community came together around a tragedy that thrust it unwittingly into the national spotlight.

Less than a year after the Flight 93 crash and about 15 miles west, nine miners were trapped more than 200 feet underground when an accident flooded the Quecreek Mine. In a miraculous, five-day rescue effort, all nine miners were returned to safety. Cogan said he believes that Flight 93 galvanized the community to rally around the miners.

“I think the community sort of said: ‘No, we’re not going to lose more people here in the county,’” he said.

Asked why the lives of 40 strangers meant so much to he and his neighbors, Cogan paused to think. Then, leaning back against the wooden doorway between his hog barn and sheep pen, he reflected on the common thread that connects 40 passengers and crew members on a transcontinental flight and a farmer from Somerset County.